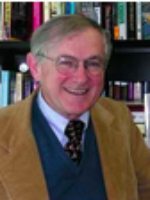 Dr. Leonard Ray Teel is a professor of communication at Georgia State University. He directs the university’s Center for International Media Education’s research, teaching and service, which has recevied numerous grants for journalism and education projects in the Middle East. Teel co-founded the Arab-U.S. Association for Communication (AUSACE) whose annual conferences bring together Arab and U.S. scholars; the 18th annual conference is scheduled for Tangier. Teel has a Ph.D. in British history and is the author of four books. His forthcoming book is a history of American foreign correspondents in Cuba. 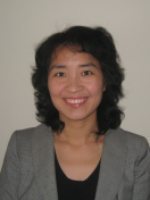 Dr. Hongmei Li (Ph.D., USC) is an assistant professor of international communication affiliated with  CIME. She is doing a two-year George Gerbner Postdoc Fellowship at the Annenberg School for Communication, University of Pennsylvania in 2008-2010. She co-organized the 7th Chinese Internet Research Conference in May 27-29, 2009 at the University of Pennsylvania. Hongmei Li’s research interests focus on advertising, and consumer culture, nationalism, cultural identity, gender studies, nation branding, culture of new technology and Chinese culture, politics and society. She has presented at many national and international conferences. She has published recently in Communication Theory, Critical Studies in Media Communication, the International Journal of Communication and Public Relations Review. She has also published many book chapters. 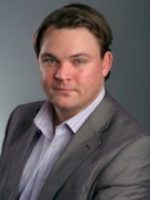 Shawn Powers is an Assistant Professor at Georgia State University and an Associate Director at the Center on International Media Education. Dr. Powers has previously served as a research fellow at the London School of Economics and Political Science, Oxford University’s Program in Comparative Media and Law and at the University of Pennsylvania’s Center for Global Communication Studies. He received his Ph.D from USC’s Annenberg School for Communication and Journalism and specializes in the geopolitics of information and information technologies. Shawn’s research interests include mass media and society, new and social media technologies, diasporic communities, globalization and traditional and public diplomacy. He has conducted field research in Asia, the Middle East, North Africa, Eastern and Western Europe and North America. 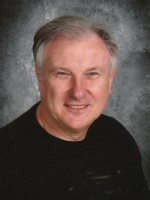 Richard Welch has taught a wide range of the field’s core research traditions, most prominently connected to business communication, journalism and mass communication studies and media production. Dr. Welch is formerly the executive director of the Anti-Prejudice Consortium, an Atlanta-based initiative organized to conduct diversity training in middle schools. He was on the initial board of directors for the Arab-U.S. Association for Communication Educators and in 2011, traveled to Syria to conduct workshops for that country’s national media under the auspices of the Syrian National Council for the Disabled. Dr. Welch’s publications have appeared in Notes on Teaching English, the Handbook of Popular Culture, and elsewhere, and in his spare time he can be regularly found working on novel and screenplay projects. 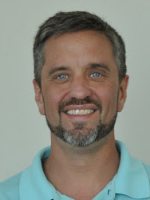 Matt Duffy J. Duffy studies journalism in the Arab world with a focus on the government regulation of both traditional and digital media. Wolters Kluwer just published his book “Media Laws in the United Arab Emirates.” Duffy’s other research has appeared in the Berkley Journal of Middle Eastern and Islamic Law, the Journal of Middle East Media, Middle East Media Educator and the Journal of Mass Media Ethics. He teaches journalism at Berry College and serves as a fellow with the Center for International Media Education at Georgia State University. Duffy serves as an expert member of the Columbia University Global Freedom of Expression Project. He also founded Oxford Editing, an academic editing company devoted to helping professors and researchers get published. 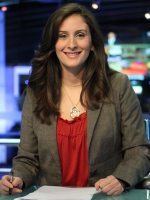 May Fawaz is a Lebanese journalist presently earning her Ph.D in Communication at Georgia State University, with emphasis on Middle East journalism. Before coming to Georgia, May worked as a news anchor and producer for Future News in Beirut. She was the producer and presenter of an English news bulletin and a contributor of several articles to local newspapers. May is presently co-authoring a book chapter on journalism in the modern Middle East with her adviser, Professor Leonard Teel. She is equally teaching journalism at GSU and is actively involved with CIME and AUSACE. 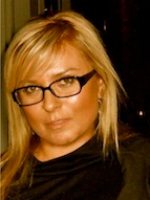 An award-winning journalist and producer, Miglena Sandmeier has 12+ years of communications and journalistic experience. During her stellar career, she produced numerous programs for CNN, CNN International and HLN. She is part of a team of proud recipients of two Peabody Awards for coverage of the South East Asia Tsunami and Hurricane Katrina. In her current role as a media relations and social media corporate manager and strategist at Ebix, Inc., she has created a robust social media presence for the company and continues to enlarge its footprint at the helm of her team. Sandmeier has also spearheaded corporate social responsibility initiatives, ranging from helping tornado victims in Alabama to launching a PR campaign for an independent film produced by the company’s CEO, which brings forward issues of abysmal poverty in India and solutions for providing housing at low cost.

Sandmeier recently completed her Master of Arts in Communication from Georgia State University. As a Graduate Research Assistant and now a Community Affiliate, she plays a vital role in organizing the landmark World Media Forums at the Center for International Media Education. 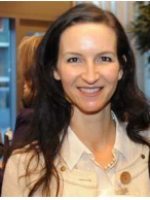 Carrie Whitney is a PhD student in the Department of History at GSU researching U.S. print media coverage of independence in West Africa. She earned a Master of Arts in anthropology with a thesis titled “Moving Pictures: Videos from the Mouride Diaspora” and has undergraduate degrees in journalism and French literature. She taught U.S. and world history at GSU and Georgia Highlands College and instructed in English at Université Toulouse 2 le Mirail in Toulouse, France.  Concurrent with her studies, Whitney has worked as a freelance writer and in public relations.

For the Center for International Media Education, Whitney serves as the Assistant Direct of New Media and is responsible for maintaining websites for CIME, the Arab-U.S. Association for Communication (AUSACE) and the Journal of Middle East Media as well as the social media platforms. 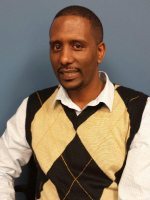 A PhD student in the Department of Communication, Seifu Aman Adem came to GSU from Addis Ababa University in Ethiopia where he earned a Master of Arts degree in Teaching English as a Foreign Language.  Adem’s MA thesis was titled “Factors Affecting Learning English Language Skills Among Distance Education Learners,” and he taught English at Adama University in Adama, Ethiopia. Adem’s current research in Media & Society is a comparative study of relationships of U.S. and Chinese media with Africa.

For CIME, Adem is responsible for organization the annual Arab-U.S. Association for Communication (AUSACE) conference and acting as the point of contact for participants throughout the world. 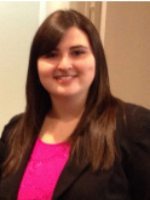 Jareth Muñoz is a sophomore and a Goizueta Scholar majoring in marketing with a minor in French. She is the assistant editor of the Atlanta Review of Journalism History and a member or ALPFA, a Latino student business organization, and the Alpha Lambda Delta Honor Society. With CIME, Muñoz assists with projects including the World Media Forum and the upcoming Atlanta Latino Initiative.